R&R strives to provide customers with the best, safest, and most efficient service possible.  By hiring the right people, our customers, company, and drivers all prosper.

Trusted by Every Client 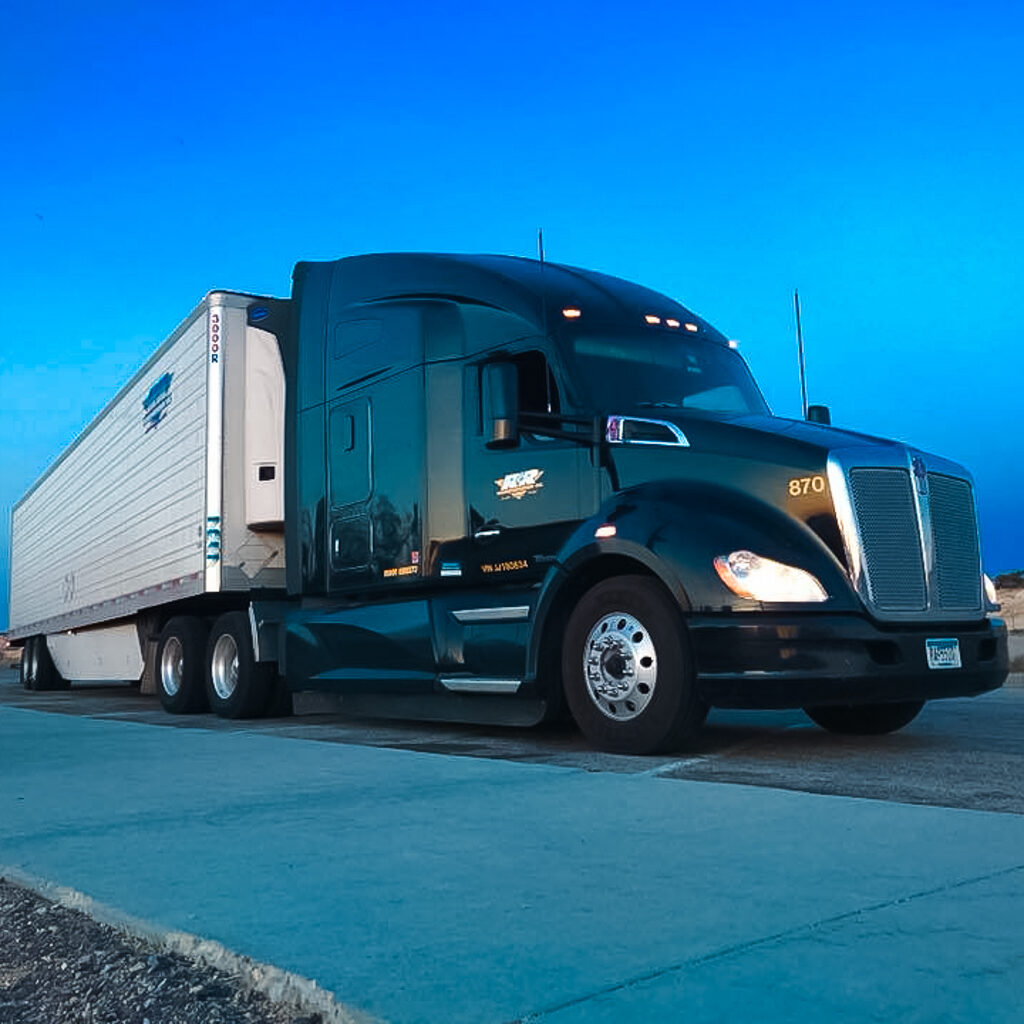 We Deliver On Time. Everytime. 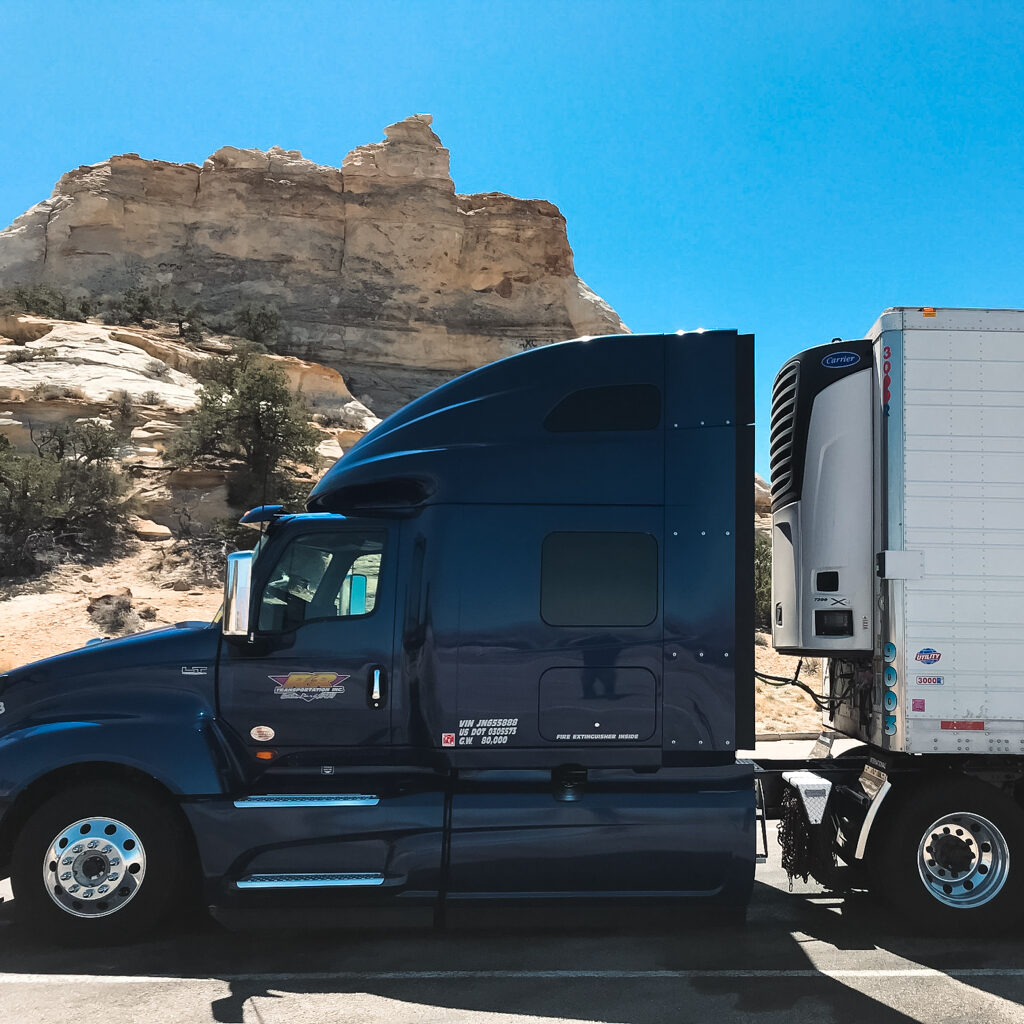 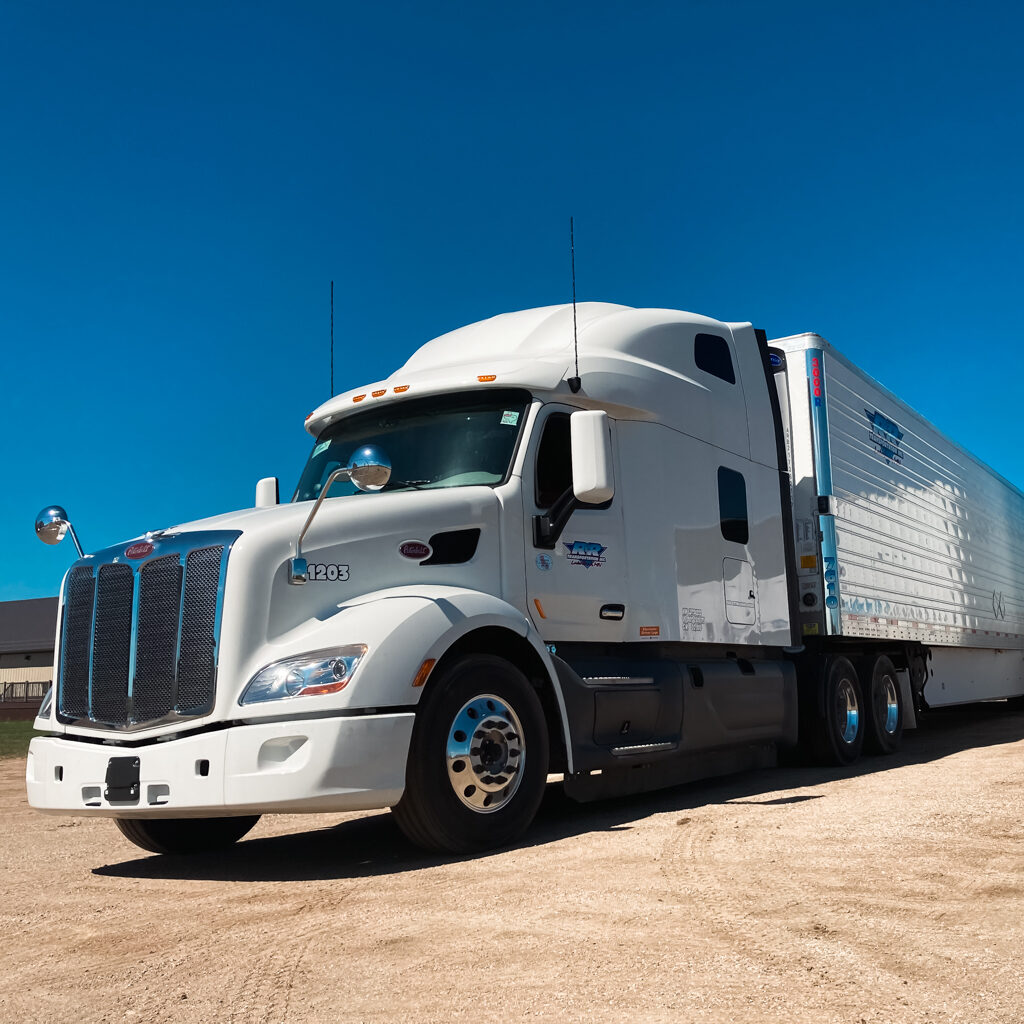 As a young man, Roger Westlund started out working on road construction. Winter eventually came and he was out of work. Roger at the time was 19, married with a baby, and he knew he needed a way to support his family. A neighbor suggested that he give trucking a try. Roger learned to drive, the smell of diesel got in his blood, and in 1974 he bought his first truck.

In the early years, Roger hauled grain and other products eventually moving on to the heavy equipment haul with International Transport.

Roger and Robert Nelson, an old high school friend joined forces and R & R Trucking was created in Audubon, MN. They spent the next few years growing their company.  In 1982 Robert and Roger decided to split ways and each go their own directions. Roger continued with R & R Trucking but they continue to be lifelong friends and spend many hours discussing the world of trucking and its many ideas and choices.

Roger along with the help of his wife, Ruth, continued to grow R & R. Roger has never been afraid to take on a challenge and try different ideas. In 1987 R & R Trucking combined with various companies that make R&R Transportation.

R & R Transportation, Inc. grew the company to 150 trucks and moved back to our corporate office in Audubon, MN.

R & R has always been a family owned company with various members of the family all working together. We have always felt that together we make a great team. Roger and Ruth divorced but Ruth continues as the Safety Director, a position she has held since 1995. Many family members work within the company. Ryan Westlund is the terminal manager of our Romeoville, IL facilities. Roger and Kathy’s son John assists in Romeoville, doing whatever is needed. Their daughter Heather Omvig is head of the dispatch in Audubon. . Son – in – law Cory Christianson is the terminal manager and CEO in Lake Park, MN. Roger’s brother Byrun works with the dispatch and trains and assists the drivers with fuel and routing.  Roger has always believed in working hard, and no job is beneath a person to get the goals accomplished. A lesson he has worked hard to teach his kids. They are expected to work as hard as anyone else and do what it takes to get the job done.

R & R kept growing and making changes that included having a terminal in the Chicago area, our current one has been in Romeoville, IL for over 15 years. In the early 90’s R & R purchased Buffalo Express from PA, and added to our fleet. We are proud to say that a few of those drivers are still with us today.  R & R has also had a smaller satellite office in the Los Angeles area for 25 years. Until 2014 the Santa Fe Springs yard had a smaller dispatch staff and a couple of mechanics. That terminal has now grown to a large maintenance facility with a full maintenance crew, and night dispatch which is housed there.

Ever growing and ever changing, R & R made a large purchase of trucks and trailers from a company in California. Even more important along with the trucks we were blessed with hiring many of the experienced drivers that fill those trucks.

We then needed more help to run this business. We opened an additional office in Carson, CA to help keep the trucks running. As a result, Carson, CA became our 4th location, and our truck numbers have increased to 170.

Roger Westlund is the owner and President of a busy, growing trucking company.

Roger and his wife, Kathy James Westlund, an attorney in the Chicago area, reside in Key West, FL but manages to still keep an eye on all of the operations.

Roger, who kept telling us he was going to retire – is now working more than ever. Over the past 40 year R&R has seen the trucking and transportation industry grow and evolve over time. We are continually striving to stay up to date with the latest trends in transportation and technology to better our company and ourselves. We feel that we are a rewarding company to work for. We are very proud of our history and are looking forward to the ongoing challenges of trucking in the future. 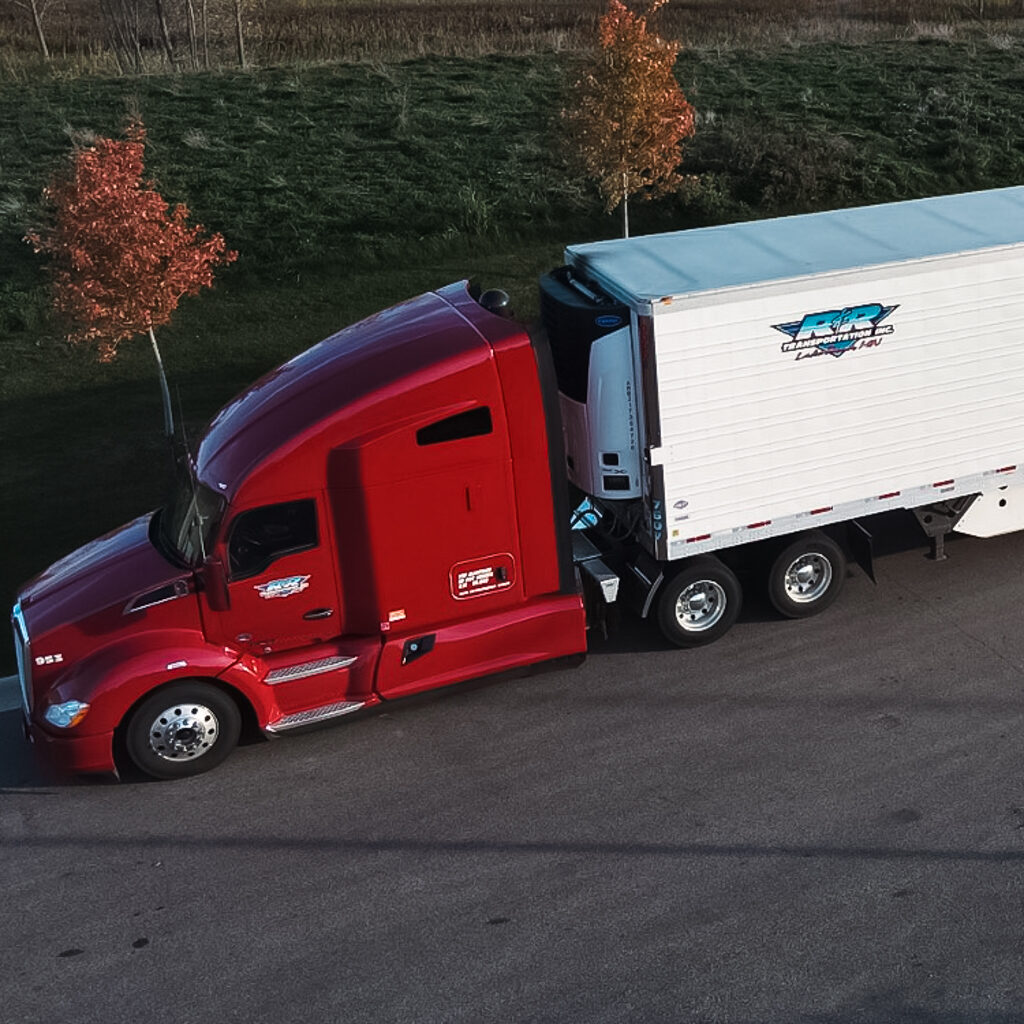 When you work for R&R, you’ll operate with the best in the business. View our gallery of awesome drivers and explore our most popular clothes and gear.

R&R Transporation is a family-based business established in 1977 and has been growing ever since. We specialize in reefer loads, with additional servicing for dry van transportation. Our corporate office resides in Lake Park, MN. The main traffic terminal is in Romeoville, IL., right outside Chicago. We have around 200 trucks on the road in 48 states, with the main lane of traffic between the Midwest and West Coast and additional offices in Carson, CA, and Santa Fe Spring, CA.

We take a great deal of pride in our fleet units, which are less than three years old, including Volvo, International, and Kenworth. Reefer and dry van are utility trailers. Our certified mechanics will maintain all equipment.

Drivers are the heart of the industry, and the staff at R&R Transporation is committed to keeping them safe and happy. To the outside world, “trucking” is about trucks. They see only the chrome, lights, color, and size, viewing eighteen-wheelers as lifeless hunks of metal on autopilot. To those of us on the inside, we know that trucking is all about people, especially the drivers. Without drivers, the trucks don’t roll, the carrier moves no freight, revenues disappear, and the whole thing screeches to a standstill. We can name drivers that best exemplify what it means to be a “professional truck driver.” Those men and women are worth their weight in gold.

We appreciate the jobs the drivers do and understand that they are the backbone of our business. We offer 24-hour on-call support for emergencies and do our best to keep drivers loaded and rolling to their preferred destinations. Many of our drivers have hauled R & R loads for 5, 10, 15, or more years. The hard work and loyalty of our drivers are appreciated.

We look forward to welcoming new drivers to the R&R family as we continue to grow.

Our corporate office resides in Lake Park, MN., and the main traffic terminal is in Romeoville, IL., right outside of Chicago. We have around 200 trucks on the road in 48 states, with the main lane of traffic between the Midwest and West Coast and additional offices in Carson, CA, and Santa Fe Spring, CA.

The new terminal in Minnesota is built and we're getting settled in. It's a big job after 30 years in the old office. We even got our first truck in the new shop!